Music in the Stacks – a performance of four singer-songwriters at the Carnegie Room of the Phoenixville Public Library on June 27th (Thursday) at 7PM. FREE, but reservations are required. Go to: https://bit.ly/2DNk8A7 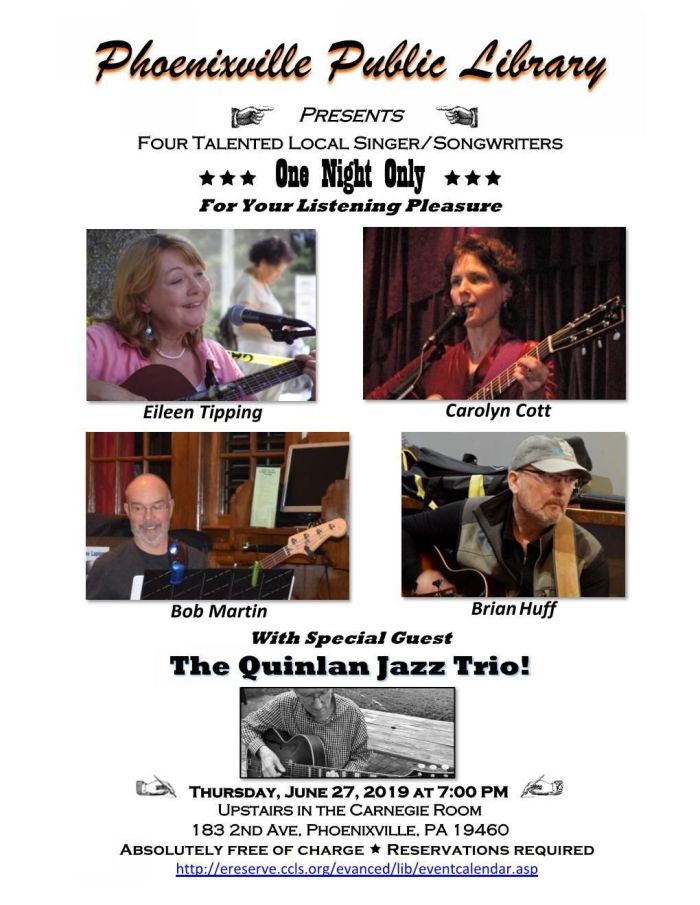